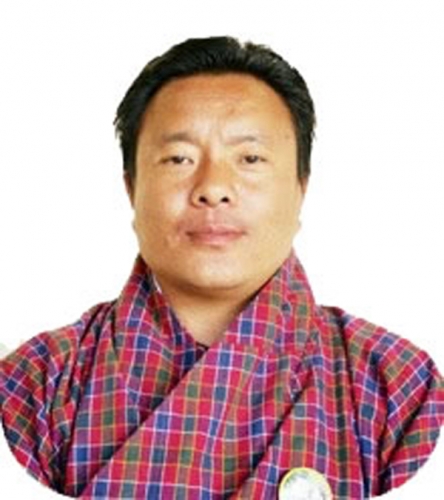 How did 2013 UC graduate Karma Wangchuk earn his Master in Management without ever stepping foot on campus? Through UC's award-winning International Partnership programs, Karma attended the Royal Institute of Management in Bhutan, earning his degree while working full time as an educator. 36 credit points later, Karma has his Master's degree and an amazing job as a Senior District Education Officer for Bhutan's Ministry of Education.

Since 1995, Karma has been an educator – first as a teacher for five years and then a principal for over a decade. In 2006, Karma's school, Kheni LSS, won the Best School of the Year award.In 2010, Karma was promoted to Senior District Education Officer, and for his service, he won the 2013 Successful Civil Service Award.Before his UC degree, Karma earned his Bachelor of Education from Samtse College of Education in Bhutan.

Karma is fluent in Dzongkha and English, and also speaks Hindi and Nepali. In addition to his selfless service as an educator, Karma worked as a Presiding Officer in both the 2008 and 2013 National Council & National Assembly election of Bhutan.

Despite being geographically separated, Karma still considers UC his Alma Mater. "Personally, it was great interacting with people working in different fields, and professionally,UC's program it really uplifted my knowledge on the principles and practices of management," Karma says. "Thank you UC for making me what I am today and fulfilling my dream."