BACHELOR OF ARTS IN PROFESSIONAL WRITING, 2000 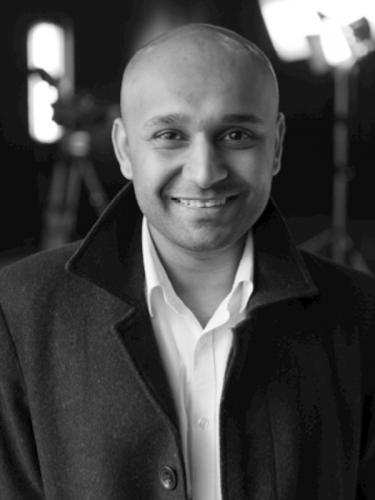 Tanzeal Rahim, writer and director of the film "Muirhouse", which debuted at Cannes Film Festival in 2012, completed a Bachelor of Professional Writing, majoring in Script Writing at UC in 2000.

"It sounds a bit cliché - but I loved the whole four years I was there," Tanzeal says. "I think for me UC wasn't just the place I went to study. I lived on campus, so it was my home as well. In an educational sense I remember the first words of the first lecture I attended - 'All of you are in for a life of poverty, hardship and will probably never ever receive the credit you think you deserve for your work.... If you can live with that you can be a writer!' It was inspiring."

Establishing his own advertising agency by age 24, Tanzeal has since directed some of the most successful TV commercials in Australia for a range of clients over the course of 10 years. More recently Tanzeal produced his first feature film "Muirhouse" - a horror movie shot in first person, about the experience of Ghost Hunter Phillip Muirhouse.

The film is set at the Monte Cristo Homestead in Junee, which is known as the most haunted house in Australia. "I'd known about the house for a long time because I have friends who are from the area," Tanzeal says. "I had also researched many other haunted areas in Australia, but I kept coming back to this house in particular. The minute I visited the house, I knew that this was the place we needed to shoot in."

The film caught the attention of industry professionals who encouraged Tanzeal to premiere it at the Cannes Film Festival. It was also awarded the Best Foreign Feature at Fright Night Film Festival in Louisville KY.

During his time at UC, Tanzeal established many connections that have helped him with his career and otherwise. "All of my close friends are people I met at UC, either from my degree or from living on campus. Some of them served as groomsmen at my wedding!" Tanzeal says. "I was also fortunate to have a mentor like Ron Miller supervise my screenwriting, and throughout the last 10 years we have continued to email back and forth. For the film I just made he served as a Script Supervisor."

Tanzeal's advice for future graduates is to get as much experience as they can. "Getting a degree is not the be all and end all of getting a job," he states. "The people I know who have careers - good careers - know that the degree is half the story. To be successful in your field you need to do everything and learn everything you can about how your industry works."