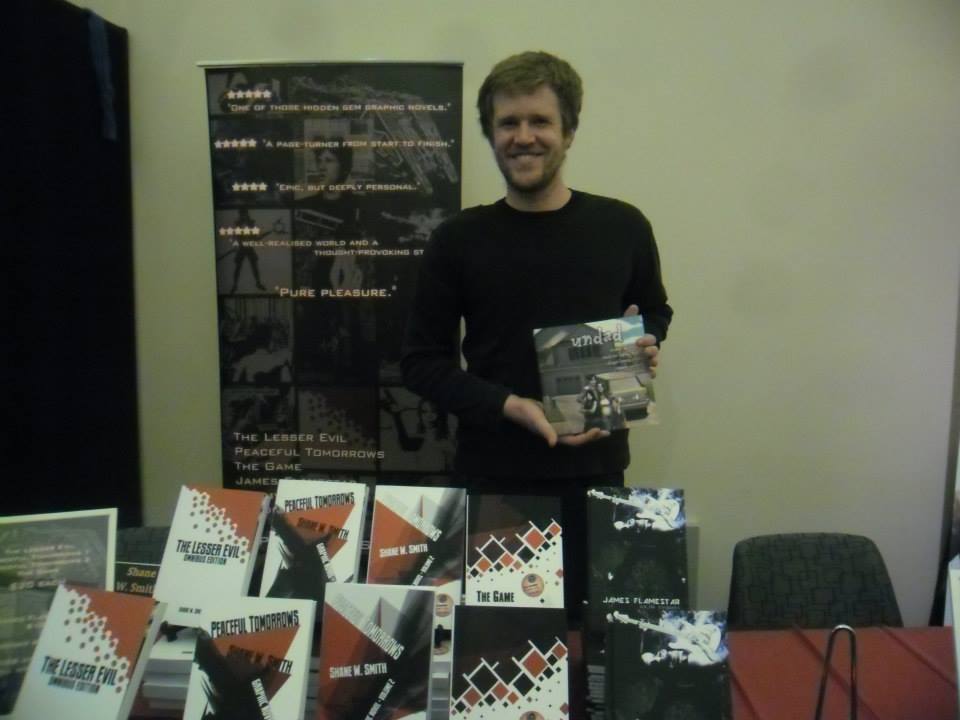 Graphic novelist Shane Walsh-Smith might not be a household name, but he's hoping to change that very soon. With five published graphic novels and a few other projects in the works, Shane is a busy artist who has no plans of settling down.

Graduating with his Bachelor of Creative Writing in 2007, Shane had his first professional break when his essay/comic hybrid, Academaesthetics, was published in TEXT Journal. Academaesthetics explores perceptions and misunderstandings surrounding both the essay and the comic formats and how to revive the genres."My

time at UC gave me the tools I needed to critique and appreciate the structural aesthetics in fiction, and introduce these into my own work," Shane says. My work ethic also improved a great deal, partly due to the inspiration I drew from my peers and teachers, and I began to take my writing dreams even more seriously than I had before."

In 2011, Shane's first graphic novel, The Lesser Evil, was picked up for publication by Zetabella Publishing. Earning positive praise, Zetabella ordered a five-volume sequel to The Lesser Evil. So far, two sequels, Peaceful Tomorrows and The Game have been published, and both titles have been shortlisted in the Aurealis Awards in their respective years.

Recently, Shane's gripping zombie tale, Undad, was financed via Kickstarter and published by Deeper Meaning. Undad is a story about a family man who turns undead and must hide his new life from his family, all while trying to maintain normalcy and control his insatiable desire for raw meat. Volume 2 of Undad is scheduled for release at the end of 2015.

As someone who knows how long it can take for dreams to materialise, Shane offers some advice: "Chase your dreams. Now. Don't wait. And be ready to play the long game."