BACHELOR OF ARTS IN ADMINISTRATION, 1992 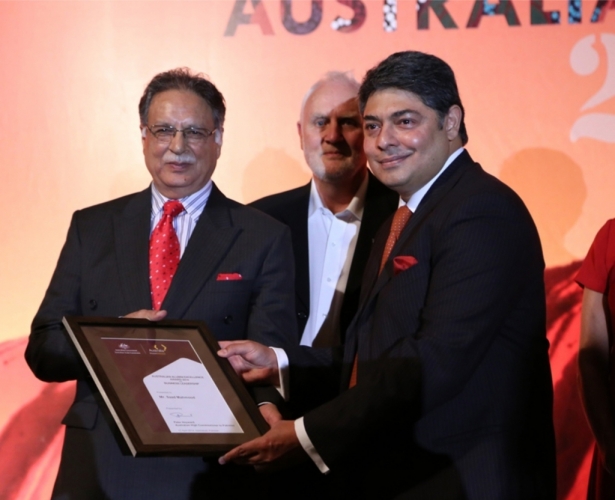 1992 UC graduate Saad Mahmood has made the betterment of education outreach in Pakistan his lifelong mission. As the founder, CEO and Resident Director of AEO Pakistan, Pakistan's leading educational consultant firm, Saad represents over 40 Australian educational institutes, including our very own University of Canberra. AEO Pakistan's main mission is to provide students who seek to study in Australia with counselling and assistance. AEO Pakistan also offers study options in the UK, USA and Canada. AEO is an official International English Language Testing System (IELTS) test centre, which is the world's leading test of English language proficiency for students seeking to study abroad. When Saad took over operations of AEO in 1999, he completely restructured the entire office and mission, turning it into one of Pakistan's most successful organisations. Before Saad's leadership, AEO only offered IELTS testing to 300 or less candidates a year. Now, AEO tests over 30,000 candidates per year, helping students all over Pakistan achieve their dream of going to school in another country. For his leadership skills and dedication to his craft, Saad was awarded the 2014 Australian Alumni Award for Business Leadership.

"The years I spent in Canberra were perhaps the most memorable years of my life," Saad shares about his time at the University. "Not only did I grow very fond of Canberra, I learnt valuable administration, marketing and organisational skills while studying for my degree at UC. These skills have been instrumental in achieving the professional success which I have been blessed with."

The generosity and perseverance Saad has shown in furthering education throughout Pakistan has spread over to philanthropy efforts, and he donated his time and resources to several Pakistani charities, including Pakistan's Society for Disabled Children, the Pehli Kiran school system, and the Pakistani Patient's Aid Foundation.

The outstanding contributions Saad has made to education, international relations, and to philanthropical principles make us proud to call him a UC alumnus!