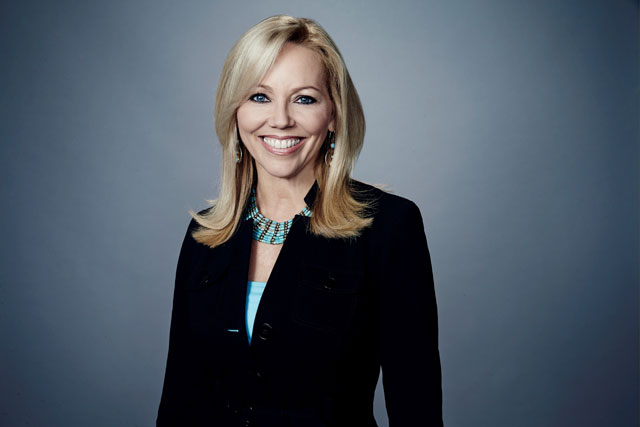 You know you've truly made it when you go from sitting in a UC lecture room to sitting in the CNN studio as an international news anchor. After completing graduate studies in media and law at the University of Canberra, Rosemary has gone on to cover some of the biggest international events at the helm of CNN Newsroom.

Born in Belfast Ireland, Rosemary's family moved to Canberra, where she went from high school to University; graduating from ANU before completing further studies at the University of Canberra. 'I loved my time in Canberra. It's where I got my first job and then my first break in radio and television.' She fondly remembers her time at UC as a 'wonderful campus with great teachers and students.'

Her first big break came through one of her lecturers at UC, who put her name forward for a position at Parliament House as a speechwriter for a Member of Parliament. She spent five years with the National Liaison Service, while also anchoring weekend news bulletins on Channel Ten's news service. Rosemary began reporting for ABC in 1991 and was the anchor for the main evening bulletin in Tasmania. She then spent time working as the Senior Anchor for Australia's first international satellite news service, Australia Television (ATV) and as a Foreign Correspondent for the Australian Broadcasting Corporation (ABC), when she travelled to Asia.

Fast forward to 2016 and Rosemary is at the top of her game, having spent the last 18 years at CNN, covering some of the biggest news stories around the world. A standout for her is the 9/11 events, which she describes as the 'day the world changed forever.'

'As a journalist and a human being, it's a story that none of us will ever forget. The events were surreal and hard to fathom. CNN's coverage on that day was hard for everyone. It is heart-wrenching still to hear the stories of all those who lost their lives and the loved ones left behind to deal with the shocking loss and aftermath.'

During her 25 years of experience she has seen one of the most influential developments and changes in the industry; the internet.

'People are more engaged in news than ever before, and that's because of the internet. It has altered the way people consume news as they cherry pick the items they are interested in, taking from a variety of news sources from all over the globe. The facts are at their fingertips.'

Rosemary credits social media as a revolutionary change in the industry, never imagining that one day she would be able to connect with her audience and see comments in real time. 'I am able to retweet any photos that viewer's send of themselves watching CNN and send out tweets of what's ahead in the show. It's incredible.'

However, she takes the positives of social media along with the negatives. 'You need to be thick-skinned in this business. You don't get many pats on the back along the way – people on social media will let you know exactly what they think of you reporting on all issues.'

Journalism is undergoing monumental changes as a result of the internet and social media. She believes that the internet will continue to shape the way the media provides news to viewers.

And what is it like to work for one of the most prestigious organisations in the world? It sounds cliché but Rosemary still pinches herself. 'I'm proud to be a part of a great company and to have honed my skills at the best. I'm proud of what CNN has achieved and I'm thrilled to be a part of it.'

Rosemary's advice for any students…

Be a self-starter and be willing to assess and critique your own work and take advice from those willing to give it along the way. There will be many rejections along the way, so just keep knocking on that door and eventually you will get the job you want. You spend a lot of time at work, so make sure it's something that feeds your soul and makes your proud of who you are.