Pierre Johannessen
“Pursue a profession which is also a passion.” 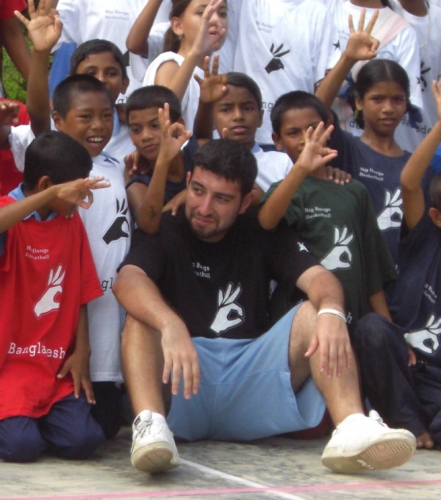 Inspired by his late father to pursue a profession in humanities, Pierre Johannessen has been blazing a career path with the Australian government, non-profit organisations, and in the legal world.

Born in Iran during a deadly war, Pierre was raised with a great appreciation of culture, world politics, and the resilience of the human spirit. Moving to various countries and picking up a few languages in the process, Pierre finally landed in Canberra. Specialising in communications, journalism, and law, Pierre graduated from UC in 2003 and again in 2007.

"Attending UC remains one of my greatest memories," the two-time graduate says. "I miss the Isaacs Law Society and the close connection I had with lecturers and students." Pierre served as the 2002 President of the prestigious Isaacs Law Society and won UC's Leadership Award twice during his time as a student.

After graduating from UC, Pierre served as a Project Manager with Habitat for Humanity Bangladesh and as the Head Speechwriter for Senator Gary Humphries. 2007 was a huge year for Pierre, founding the legal firm Johannessen & Gass and also becoming the CEO of Big Bang Ballers, a community outreach program which combines basketball, charity, and fundraising.

Since taking over as CEO, Pierre has helped Big Bang Ballers increase their revenue by 300 percent and increased the organizational outreach from 1 country to 10. For his achievements as a business leader, Pierre won the 2010 ACT Young Australian of the Year award. He was also nominated for an International Peace & Sport Awards for the achievements of his organization.

"Being involved in the UC Law society and various groups around campus was my first experience with the "politics" of organisations," Pierre says. "My UC experience has been incredibly instrumental in the development of my ability to work through barriers and improving my interpersonal communication skills."