BACHELOR OF ARTS IN ADMINISTRATION, 1977 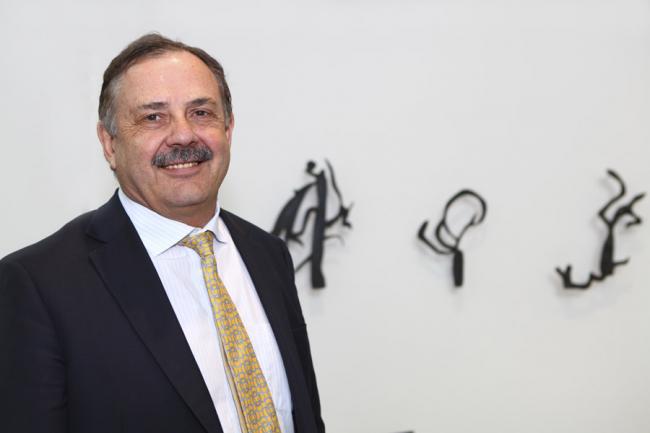 An entrepreneur, the chairman and co-founder of Ninefold - a Sydney based cloud storage company, and a board member of some of the most successful Australian-owned organisations such as Macquarie telecommunications and iiNet, Peter James graduated from the University of Canberra when it was the Canberra College of Advanced Education (CCAE) in 1977, with a Bachelor of Arts Administration.

Peter transferred to Canberra from Sydney when he was offered a scholarship for computer programming while working part-time for the public sector as a programmer in training. After graduating, Peter thrived in the public sector, rising through the ranks quickly. "I could have stayed forever," he recalls, but instead decided the private sector was the place for him. The lure from the private sector came from Roger Allen at Computer Power. They rode the boom and bust of the early nineties learning some valuable business lessons along the way. Ultimately Computer Power with Peter now at the helm as CEO, became one of the great success stories of the Australian technology industry.

"You never stop learning. Life is an education," Peter says. His education gave him the lifelong skills that lead to his successful career and ventures, which have spanned over several decades and weathered through even the most difficult economic times. "The process of education delivers a structure useful in life, reading up on a subject, considering your own thoughts, and then forming an opinion," Peter shares. He recalls what benefited him the most from his studies was to be taught the process of learning and education in a structured manner. With his thirst for knowledge and learning, he continues to seek information and apply this across a range of disciplines and industries.

Peter recently visited the University of Canberra campus for the first time in 20 years. As he walked through the campus, he stopped at the library and recalled how he used to stack up books in his regular corner and read for hours. While Peter enjoyed the time he spent indulging his inquisitive mind, he also developed skills as an excellent public speaker. He spoke at the 2002 graduation ceremony at the Parliament House and also tutored and lectured at the CCAE in programming shortly after completing his studies.

"Many of my lecturers were actual practitioners. I loved the approach of actually doing what you're learning at UC," he says. "If you spend too much time planning, you can miss the chance to try. If you go out there and make mistakes, it's okay to make them, as long as you go out there and back yourself with the choices that you made."

Peter has been part of the Australian IT landscape for over 30 years. He has been a board member and CEO of some of Australia's most successful technology companies for most of those years. He grew and excelled in his chosen field by applying the skills he gained from his studies and through the interaction with the people he worked with over the years. Today he has developed an interest in start-ups and along with other previous Computer Power colleagues invests in the growth of some well-known as well as up and coming online businesses.