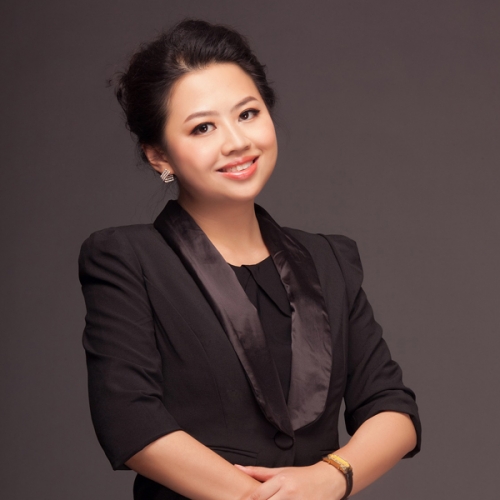 Even in a room full of business executives, Nuala stands out as one of the most impressive professionals to study at UC. As a student ambassador and world traveler, Nuala is fluent in English and Chinese, and has studied in Australia, Italy, Canada, and China. Along with her three business and marketing degrees from UC, Nuala has also earned two other international degrees, all the while working in various positions at some of the world's most lucrative organisations and businesses.

"My time at UC really helped me spread my wings, open my mind, widen my social circle and start friendships that have lasted a lifetime," Nuala recalls. "The enjoyable and relaxing social life in a friendly, multicultural environment is one of my fondest memories of the University."

For years Nuala simultaneously worked full time while attending university, building up her experience while applying classroom logic. She is currently working for the Beijing International Christian Fellowship Ministry (BICF) as a Human Resources Consultant and Government and External Affairs Liaison. Nuala is heavily involved in BICF promotion and activism, coordinating and emceeing global events, and operating as the anchor during BICF newscasts. Nuala is also highly influential in staff development and recruitment.

While studying at UC, Nuala was an international student ambassador, helping UC officials coordinate campus visits, Orientation Week, and organising UC's Open Day Orientation tour. Before moving to Canberra, Nuala was a marketing specialist with the world-renowned computer company Acer. She was also a member of Beijing's 2008 Olympic promotion committee.

"UC's professional preparation gave me a competitive edge in my chosen career, not just the hands-on work experience learning, but also the multiple programs and activities sponsored by UC's Career Service and Students Associate."

Nuala was appointed as the UC Alumni Representative for the Beijing region in 2014.