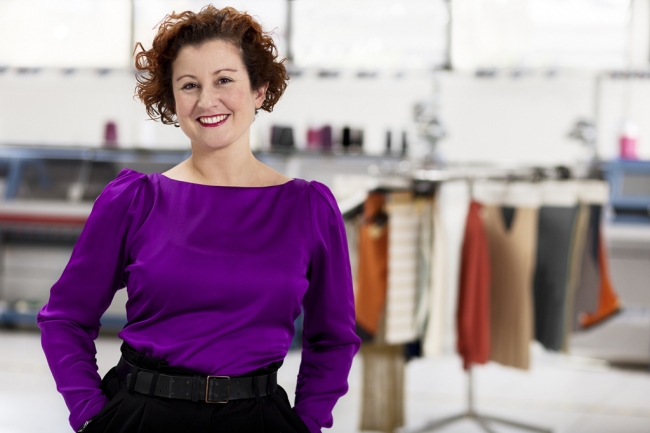 Graduating from a Bachelor of Public Relations at the University of Canberra in 1993, Kiri has worked both overseas and in Australia in experiential marketing and operations. Now based in Melbourne, Kiri is the General Manager of the Council of Textile & Fashion Industries of Australia (TFIA); a role which has her representing the interests of Australia's Textile, Clothing and Footwear (TCF) sectors both nationally and globally.

Kiri went to school in Canberra and was keen to do something in the media and communications field and chose to specialise in Public Relations. "I really enjoyed meeting and mixing with fellow students from all around Australia and the world. It opened up my perspective to other lifestyles and cultures," she says. While studying at UC, Kiri found her favourite part of PR was the events aspect and after graduating she made her dream to live and work overseas a reality.

Throughout her career Kiri travelled around Europe and China working on events such as the Disney promotional train tour, which went around Europe promoting the film "Hercules" to the crowds. She played a role in growing and strengthening the position of the Australian fashion industry on both a national and international level. "There is nothing better than seeing a local designer succeed and grow," she says. "Events are incredibly hard work but can be so rewarding. You are often the first there and the last to leave but you are always meeting new and exciting people and getting to really stretch both your creative and logistical skills."

Kiri lived and worked in London for over seven years at an integrated entertainment marketing agency. The agency organised events including film premiers, video launches and movie promotional tours with Kiri ultimately running the events department.

Moving back to Australia in 2003, Kiri worked in a boutique event agency before taking on the role of Event Manager for the L'Oreal Melbourne Fashion Festival (LMFF). Over the next eight years Kiri worked her way up to general manager within the organisation. It was from here that Kiri moved to her current role with (TFIA).

Reflecting on her journey, Kiri's advice to those starting out is, "Work hard. Volunteer as much as you can to gain knowledge and show your willingness to learn. Get involved and network! Don't expect it all to happen overnight and be prepared to put in the slog to get there. If you can try an overseas stint this is always a massive plus, opening your eyes to other ways of doing things and other ways of looking at things," she says.