Kenny Heatley
An honest and real guide to landing your dream job on air with Kenny Heatley.

Bachelor of Communication in Journalism, 2004 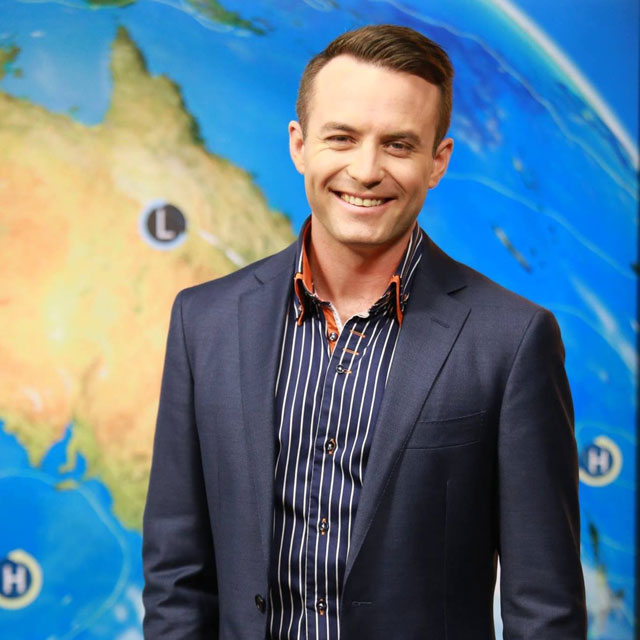 Working in the media can be a tough but rewarding career – just ask University of Canberra Alumni Kenny Heatley. After graduating with a Bachelor of Communication in Journalism, he now presents the news and weather across NSW on Prime7 and has just released an e-book 'Screenpath: An Honest and Real Guide to Landing your Job on Air'.  However, Kenny's start in the news industry was a rocky one.

"I moved to Sydney in 2008 at the start of the GFC in the hope of making a break into TV. I was looking for full-time work for 5 months with no luck whatsoever. Then it all just happened in the space of two weeks."

He landed a contract working as a voice-over and another with Telstra hosting their YouTube channel.

Kenny's first break in TV was as a weather presenter for Foxtel. His degree played a big role in landing him the job, helping him develop critical thinking and research techniques necessary in the position. Hard work and determination were equally as important, particularly as he faced repeated rejection in the early days.

"I could not tell you how many times I was turned down, after a while it becomes demoralising. You can't help but feel like it's a reflection of your self-worth. But you cannot let rejections stop you. Eventually you work it out and strike it lucky; all it takes is one break."

Making the switch to Sky News, Kenny finally achieved his goal to read the news for the prominent station.

During his 13 year career he has covered some of the biggest stories in recent years, including the missing Malaysian Airlines plane and the Sydney Siege at Martin Place.

"When a massive story breaks, the newsroom goes crazy. You are the one on air delivering the breaking news. Then you go into rolling coverage and you start crossing live to CNN reporters overseas. Being able to talk to hundreds of thousands of people every day in their living rooms is pretty cool."

Although the work is exhilarating and it can be an exciting industry to work in, it's not always glitz and glamour.

"Big days are part of life, some days you feel like an absolute robot with pressures coming from all angles. But you do it because you love it."

These early struggles and the success he has enjoyed since then is what inspired Kenny to write his e-book. He wanted to share his experiences in the hope that it will provide an insight into the media industry for journalism students and graduates.

"Over the years I have worked with some amazing people in the industry. I felt it was my duty to pick their brains so other people might benefit. One day I just started writing, putting everything I know into words and Screenpath is the result."

The biggest piece of advice Kenny can offer to graduates is to always work hard and look for ways to improve.