BACHELOR OF COMMUNICATIONS IN CREATIVE WRITING 2007, MASTER OF INFORMATION STUDIES 2013 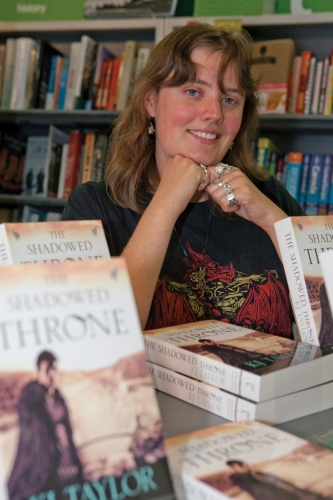 Katie Taylor has developed a successful career as an author, having written and published several novels. Katie's first book, a children's book titled The Land of Bad Fantasy, was released in 2006 during the second year of her undergraduate study. This book has since been translated and published in Romania.

In 2009 her first adult series The Fallen Moon trilogy was released in Australia. These three books – The Dark Griffin, The Griffin's Flight and The Griffin's War have also been published in Canada and the USA by Penguin Publishing. The first book in this trilogy has been translated and published in the Czech Republic; the sequels are due to follow in the Czech Republic within the next 12 months.

In 2011 Katie signed a contract with Harper Collins for the publication of a further three books in the Griffin Series; The Risen Sun trilogy for publication release in 2012. These three books - The Shadows Heir, The Shadowed Throne and The Shadow's Heart are now published in the USA by Penguin. Katie has been invited to participate in a number of writing conference panel discussions including at the 2011 ComicCon in San Diego, where she appeared on a panel with such major talents as George R R Martin and Brandon Sanderson.

Katie is currently employed as an archivist while writing further novels, and in 2014 signed a contract for two books to be published by Satelyte in 2015.