Julie Anderson
One of Australia’s most successful sports management officers 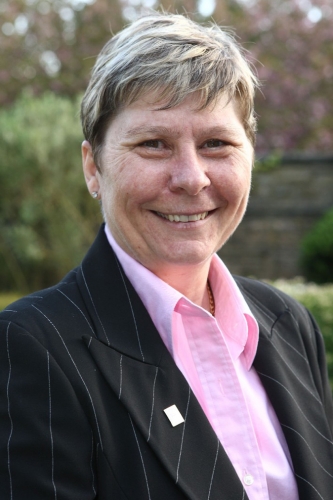 Through decades of dedication and commitment, UC graduate Julie Anderson has risen through the ranks to become one of Australia's most successful sports management officers. After working in the sports industry for most of her life, including serving on the Sydney Organising Committee for the 2000 Olympic Games, Julie was promoted to CEO of Big V Basketball, a semiprofessional league with 137 teams and 11 divisions, playing 60 games a week. As CEO, Julie provides leadership, strategic direction and manages the daily operations.

After leaving high school, Julie took a long break from education – 10 years to be exact. After setting her sights on becoming a full-time sports manager, Julie decided it was time to go back to school. "I found it extremely difficult in my first year, having left school in Year 10, and having to learn biology at the same time as studying anatomy," Julie says. Despite these challenges, Julie graduated in 1996 with her Bachelor of Arts in Sports Administration.

Speaking on her crucial UC diploma, Julie says "My undergraduate provided me with an edge over other candidates and prepared me for a career in sports, particularly, senior management." In 2010, Julie took her education one step further and graduated with her Graduate Diploma in Applied Science in Sports Coaching from the University of Queensland.

One theme is prevalent in Julie's climb to the top: She doesn't just make goals – she crushes them! As a coach, manager, and role model, Julie advices others to "Gain as much experience as you can in your chosen field, secure a good mentor or two, network and believe in yourself."