BACHELOR OF ARTS IN PROFESSIONAL WRITING, 1999 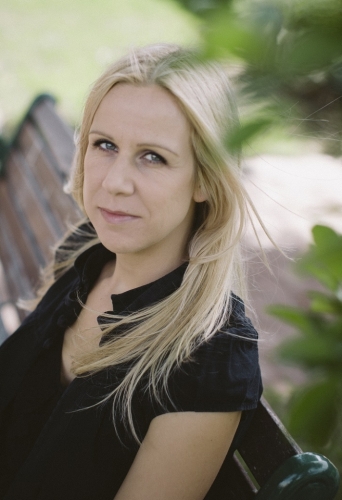 Irma Gold is an acclaimed author, editor and teacher. She graduated from UC in 1999 with a Bachelor in Professional Writing and cut her teeth as an editor working as part of the student editorial committee on UC's annual anthology, FIRST. After graduating she began her career as editor of Muse, Canberra's former monthly arts magazine, and remained a mentor for the university. Irma established an internship at Muse for UC students to gain real-world experience. In 2009, she came full circle to work as Convener of Editing at UC and Managing Editor of FIRST, positions she continues in today, helping develop students' editing and writing skills in an interactive environment.

Irma is the Editor of a number of anthologies, including The Sound of Silence, winner of the ACT Writing and Publishing Award for Nonfiction, and The Invisible Thread, which anthologises a century of Canberra writing and was an official publication of the National Year of Reading 2012 and Centenary of Canberra 2013. In association with the anthology she developed the ACT Writers Showcase website, a comprehensive guide to Canberra's authors and the first site of its kind in Australia. In 2013, Irma was presented with a special one-off award for 'Outstanding Service to Writing and Publishing in the ACT and Region'.

Irma's book, The Sound of Silence, details the lives of 22 women who experienced miscarriage. This heartfelt and emotional book deals with a sensitive subject, but ultimately conveys a powerful message – that these women are not alone, helping readers find strength and optimism for the future. The Sound of Silence won a Canberra Critics Circle Award and a Women of Spirit Award.

As an author, Irma's critically acclaimed collection of short fiction, Two Steps Forward, won or was shortlisted for a number of awards. Her short stories have been widely published in anthologies and journals like Meanjin, Island and Going Down Swinging. She is currently completing her debut novel for which she received a LongLines Award from the Eleanor Dark Foundation and ACT Government development funding. Irma also writes for children and her third picture book, Megumi and the Bear, was recently released by Walker Books.