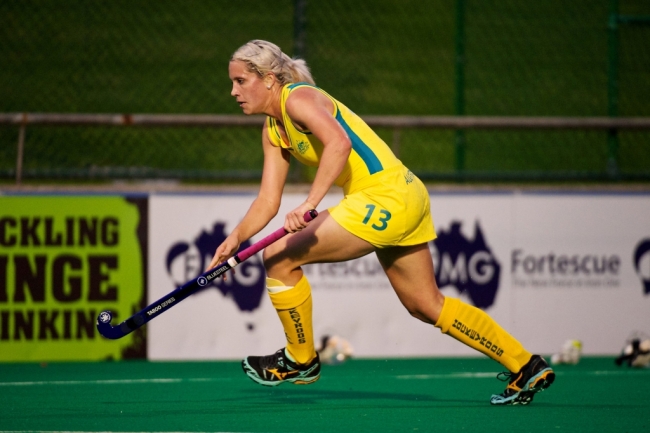 2009 graduate Edwina Bone carries on UC's legacy as an epicenter for sports and elite athletes. Since graduating with her Bachelor of Sports Management, Edwina has secured a full time position with the prestigious Australian Institute of Sport (AIS) and was named as a member of the Australia women's national field hockey team, the Hockeyroos.

In only a few short years, Edwina has climbed the career ladder at AIS and is now Tours Coordinator, giving her full exposure to numerous areas of sports management, including tour guides, promotions and booking, marketing, finance management, and customer service. For three years in a row, AIS has been named Specialised Tourism Service at the ACT Tourism Awards, showcasing the tremendous amount of skill and talent Edwina brought to the institution.

In addition to being employed with the AIS, Edwina has had a long career as both a player and coach of hockey. Edwina has been a member of the women's hockey team, the ACT Strikers, and was captain of the UC Hockey Club from 2009 to 2012, helping the team win five First Grade Championships in a row. For several years, Edwina was a coach for women's hockey and swimming at various schools and programs, and she was Hockey ACT's Hockey Development Officer.

In 2012, Edwina's life was forever changed when she was invited to join the Australia women's national field hockey team, the Hockeyroos. Edwina helped lead the team to the 2013 semi-finals in London, and the team is now qualified for the 2014 World Cup in Hague. Edwina played in the World League Finals in 2013 with the Hockeyroos where they made the finals and won a Silver medal. She was also named in the National Senior Squad for 2014 and received a Hockey Australia scholarship.

Edwina spent two years on the Hockeyroo development squad, honing her skills and biding her time until she was called up "to the big league". Her invitation to join the National team is a true testament to her strength and dedication to the sport of field hockey. "I had to leave lots of girls that I love playing hockey with, my job and my twin sister," Edwina says about joining the team. Despite having to make several sacrifices, Edwina says "It's been unbelievable. It's been a dream come true."