BACHELOR OF COMMERCE IN ACCOUNTING , 2004 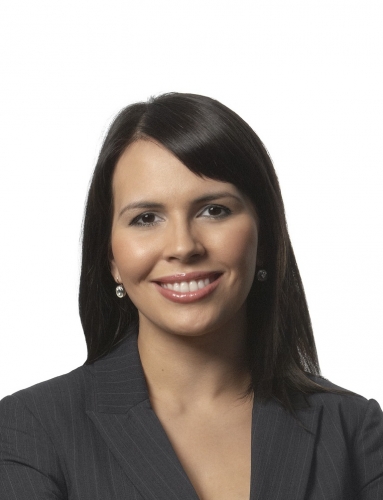 Accounting – some love it, some don't, but for Cha Jordanoski, she saw the dynamic career opportunities, and vast career options an accounting degree presented. While clocking in a few years as a commercial accountant in the private sector, Cha wanted to take her accounting abilities to the next level. Taking advantage of UC's scheduling flexibility, Cha completed her degree part-time while also working full time in Energy/Utility Industry. This unique experience allowed her to practice the invaluable finance and accounting techniques she was learning at UC in a real world commercial setting. Within four years, (including two fast-track summer semesters later), Cha completed her Bachelor of Commerce in Accounting.

With a resume that seems more fitting of a 20 year accounting veteran, Cha has diversified and mastered her skills across various sectors, organisations and finance functions. After her time in the private sector, and directly after graduating from UC, Cha began her government career within the Australian National Audit Office (ANAO) and in 2007 moved to the Australian Taxation Office (ATO). Cha quickly rose through the ranks, proving her worth several times over and winning many awards. Barely out of her mid-20s, Cha was promoted to a Director within the Corporate Finance area of the ATO. Again in 2014, Cha was appointed a Director in the Budget Group at the prestigious Department of Finance. Last but not least, she did this all while raising 3 young children (including twins!).

For her stellar work, Cha was awarded the title of CPA Australia's Top 40 Young Business Leaders Under 40 in 2012. CPA writes "Her career has fast-tracked – no doubt in part because she's not afraid of confronting challenges, seizing opportunities and working hard."