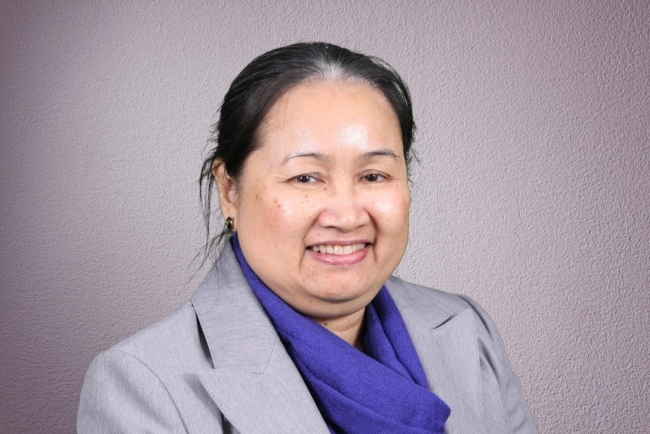 An Nguyen's teaching career began nearly 40 years ago as an English teacher in Vietnam. In 1998, when the University of Canberra began offering their Teachers of English to Speakers of Other Languages (TESOL) program in Saigon, An embarked on a life changing journey that would greatly expand her teaching abilities and drive her professional teacher training career further than it had ever been.

After graduating from UC with her Master of TESOL in 1999, professional opportunities became numerous for An. Using TESOL education she received at UC as her foundation, An's base of operations expanded outside of the Vietnam borders, and she began working with other English teachers in Japan, Laos, and Thailand. After only a few years, An's work was recognised by the British Council and she was invited to join the first workshop on creative English writing in Thailand in 2003. Since then, An has been an active member of the Asian Teacher-Writer Group that meets every year to conduct teaching workshops and to write poems and short stories for publication.

The TESOL program at UC gave An a chance to expand on her already established teaching credentials and experience. For 15 years, she has been an ambassador for UC's remarkable TESOL program. Through her training and education at UC, An gained the skills to further develop English education in Vietnam, creating a learning environment that was enriching and productive. As a trainer for English teachers around the world, An has created several courses and programs on methodologies in teaching English and her experience and knowledge is the reason several other universities and language centres have turned to her help in establishing their English departments.

An believes that without the education and training she received in UC's TESOL program, the opportunities she has had would not have been available. Proudly displaying her UC education on her resume, An has had jobs with prestigious organisations like the Southeast Asian Ministers of Education Organisation Regional Training Center, Asia Pacific College in Ho Chi Minh City, and several universities and colleges in Vietnam. An's outstanding contributions to English Learning and Teaching make her a valuable member of the UC community, and in 2013 she was recognised as a finalist in the Distinguished Alumni Awards.