BACHELOR OF ARTS IN COMMUNICATIONS, 1994 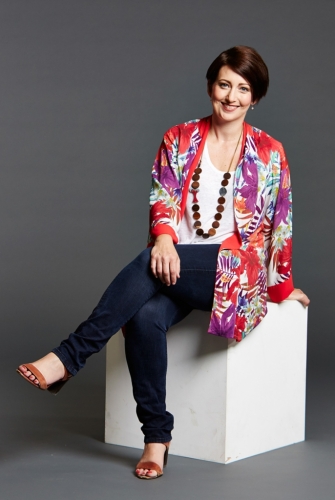 It didn't take long for Amanda Whitley to begin a successful career in public relations after graduating from UC with her Bachelor of Arts in Communications degree. Right out of the door, Amanda took a position as a public relations consultant, organising events for high-profile fashion companies like Ray Ban and Redken. With her skills and experience, Amanda began climbing her way up the career ladder, first by becoming an Executive Officer at Riverina Citrus Marketing, followed by starting her own small business, bite Promotion & Events. As Director of this food-focussed public relations consultancy, Amanda led the way for increasing the public's exposure to the Riverina region's wealth of food and wine. As a result of Amanda's media campaigns and spectacular promotions, Riverina Food Group was able to break into supermarkets across Australia and even in Asia.

Later, Amanda turned her skills to another field of work – the Australian Public Service. As a Communications Director in the Department of Employment and Workplace Relations, Amanda revamped the way information and media were delivered to employees. Focusing on internal communications, Amanda redeveloped the department's Intranet, making it easier to use for employees to communicate and access information. Amanda also become the Executive Producer for their Video Production section, creating and distributing daily news streams, corporate training instructions, and audio visual products for clients and events. For her work as Executive Producer, Amanda won a Secretary's Award for Building a Better Workplace.

After having two children, Amanda was inspired to develop a website for the women of Canberra to come together and begin sharing ideas and creating friendships. Her website, HerCanberra has grown from a small blog to an expansive Canberra resource with over 50,000 visitors each month. HerCanberra is dedicated to helping local women create connections with their city and each other, while providing a network for all things Canberra. The site focuses on showcasing Canberra lifestyle, health, food, entertainment, fashion, professional advice and more, and is helping the city shrug off its 'beige' reputation. "We live in an amazing place with so many amazing things happening, but we're not great at telling people about them…that's where HerCanberra comes in," Amanda says. For Amanda's outstanding site, she was named in UN Women Australia's 100 Years, 100 Women list, acknowledging women who have made a significant difference to Canberra. In 2013, Amanda's achievements were also recognised at the University of Canberra Distinguished Alumni Awards.

The skills and education Amanda gained through UC's Communications degree gave her a fighting edge in all things communications, including communication strategies, media, writing, website development and management, and even graphic design. "There isn't a whole lot I haven't done!" Amanda says about her remarkable career.