Tackling for a Cure 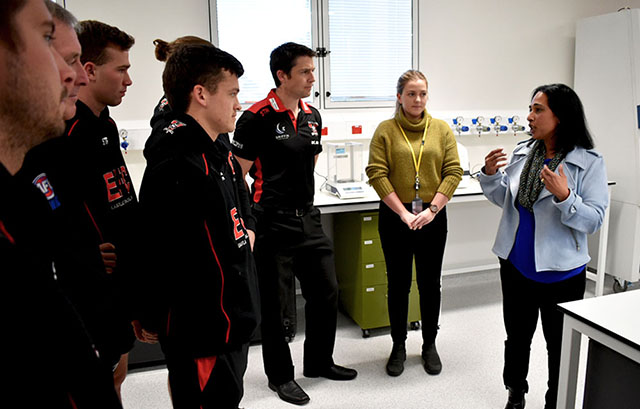 Eastlake Demons coach, Peter McGrath, is determined to ensure the players under his control are positive contributors on and off the field.

Last year the focus of the Club was on raising funds for and raising awareness of organ donation. This season, following an initiative from the playing group, the Demons are devoting their charitable energies into cancer research.

The ‘Tackling for a Cure’ campaign sees the Club donating funds for every tackle made by the players through the AFL Canberra season to the University of Canberra’s Melanie Swan Memorial Translational Centre.

Led by Professor Sudha Rao, the Centre is a world leader in research to prevent aggressive secondary cancers, named in honour of ACT mother and cancer research advocator, Melanie Swan.

The testing has already progressed to human trials on those with aggressive breast cancers, with a second test now in development which could help doctors better target drug therapies and predict how a person’s immune system could be harnessed to fight the disease.

Peter McGrath and a number of his players were given a guided tour of the facility to witness first-hand the impact their fundraising will have on the Centre’s research capabilities.

Professor Rao says the fundraising initiative by the Canberra sporting team is significant to their research;

This shows we have the support of the community, and every penny put into research is crucial.

Co-captain of the Demons, Ciaran O’Rourke, said whilst touring the Centre, “It is unbelievable to see what is going on here”. He said that the Club’s fundraising commitment, which has already raised over $2,000 for cancer research at UC, “contributes to this really significant initiative, and it is great to have businesses coming on board to support the campaign as well.” 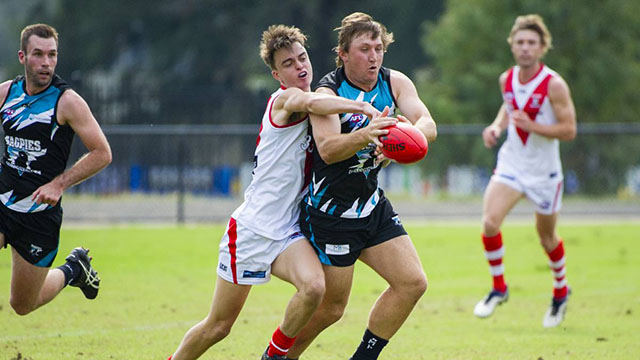 These businesses are some of the club’s sponsors. They have pledged financial support to “Tackling for a Cure”, with the Demons doing all they can to raise funds and promote awareness for cancer research at the University of Canberra.

In the wake of their tour of the facility it is fair to say the playing group is getting just as much out of contributing, as UC is benefiting from their fundraising. This is exactly the desired result that coach Peter McGrath is striving to achieve with his team. The initiative exemplifies the way that sport can contribute to society and the multiple benefits that can be derived from community involvement.

To contribute to the Eastlake Demons Football Club ‘Tackling for a Cure’ please visit their Facebook page.

To learn more about the cancer research and the Melanie Swan Memorial Translational Centre at the  University of Canberra’s please visit the website.

Alumni in the News
Back to top