Starting a Conversation - R U OK? 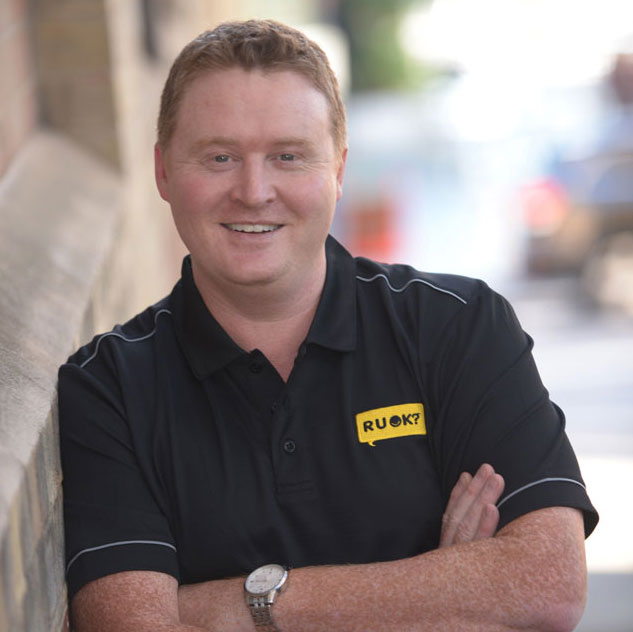 Eight people take their lives every day in Australia.

A figure that the CEO of R U OK? and University of Canberra Alumni, Brendan Maher, wishes to reduce.

Graduating from the University of Canberra in 1998 with a Bachelor of Communication, Brendan majored in Advertising and Marketing. The practical aspects of the course providing him with skills he was able to immediately apply to his career when he joined The Communication Co. (now known as Zoo Communications) straight out of university.

A year in Dublin with a direct marketing agency saw him return to Zoo where he worked for a further five years; setting him up for his career. While at Zoo he began working on a national rebrand for Lifeline, one of his clients at the time. With a foot in the door, he took a role with the not-for-profit organisation that was unlike anything he had done before; setting up a Cannabis Information helpline.

Working his way up, he learnt on the go and found a great mentor before eventually moving into a General Manager position where he looked after fundraising, marketing, corporate relations, media and communications. After seven years with Lifeline he took a break, when an opportunity with R U OK? came up. Initially in a General Manager role, Brendan became the CEO of R U OK? in 2015. 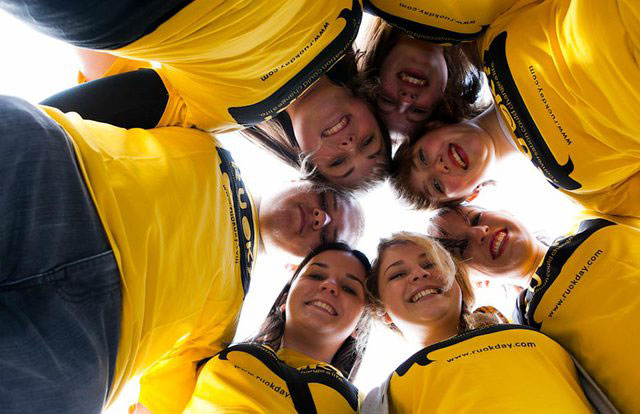 Brendan's current role includes implementing strategies and plans, and making sure all activities and collateral are aligned to the core mission of the organisation. Working with a small (but amazing) team of 6, Brendan spends his time running the organisation, managing stakeholder relationships, growing partnerships, working on campaigns and visiting schools and offices around Australia.

While the organisation has faced many challenges over the years, they have worked tirelessly to become a leading movement in the prevention of suicide in the short space of seven years.

"70% of Australians know of the R U OK? organisation and 1 in 4 Australian's have participated in some way on R U OK? Day. People are responding to this initiative" says Brendan, proudly.

The next step for R U OK? is translating that awareness into real behavioural change. People are engaging in more meaningful ways than before. There is a higher indication that what R U OK? is doing is giving others more confidence in being able to reach out to those that are in need. 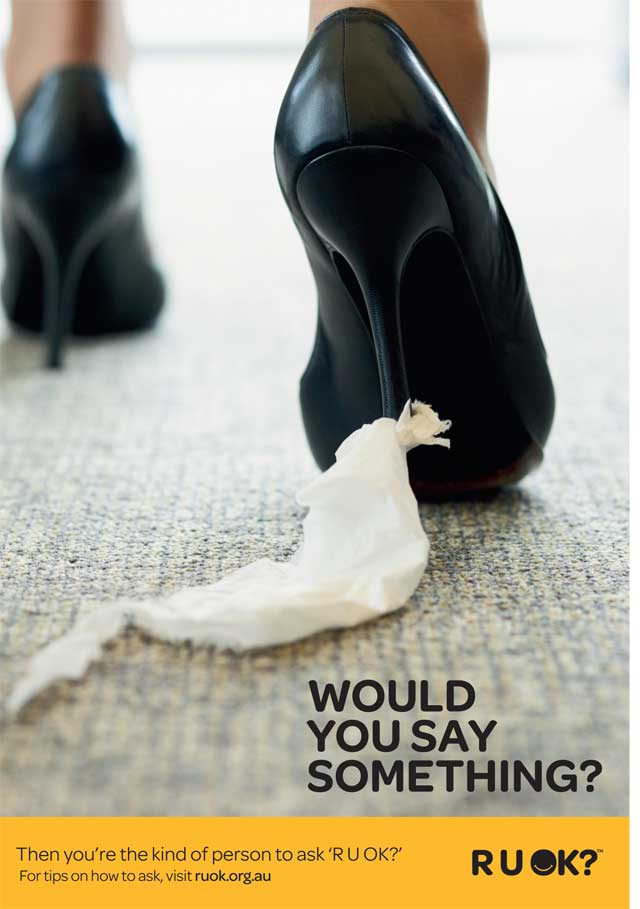 Brendan believes that while there have been monumental changes amongst societies perceptions of mental health, there is still the misconception that we shouldn't talk about it.

We have come a long way in the last decade but there is still more that needs to be done.

"There is still the tragedy of blindside and questions left behind. The amount of times I can count of people who have lost someone saying 'if only I knew what I know now I would have seen the signs and intervened'. There needs to be more education. "

Mental health and the events that happen in our life that challenge our resistance are always easier to manage if you have people around with literacy and understanding. Mental health can be very confronting, but the more you know, the easier it is.

"The more we can do to upskill people and give people the capacity to notice when someone might not be doing ok, the better."

As part of the 2016 R U OK? Day Brendan is asking all Australians to make more time for the people in their lives who matter most, and in the process help create a more connected world for all of us.

"Ideally conversations need to happen all year round" says Brendan.

R U OK? Day is just a spotlight to get on the radar and forefront of people's minds.

"Take the time to have a think about the people in our lives that we haven't connected with for a while and start having meaningful conversations. Ask them questions, take a look around and notice things. Sometimes it's obvious that people aren't doing well, and other times it's just someone not acting themselves." 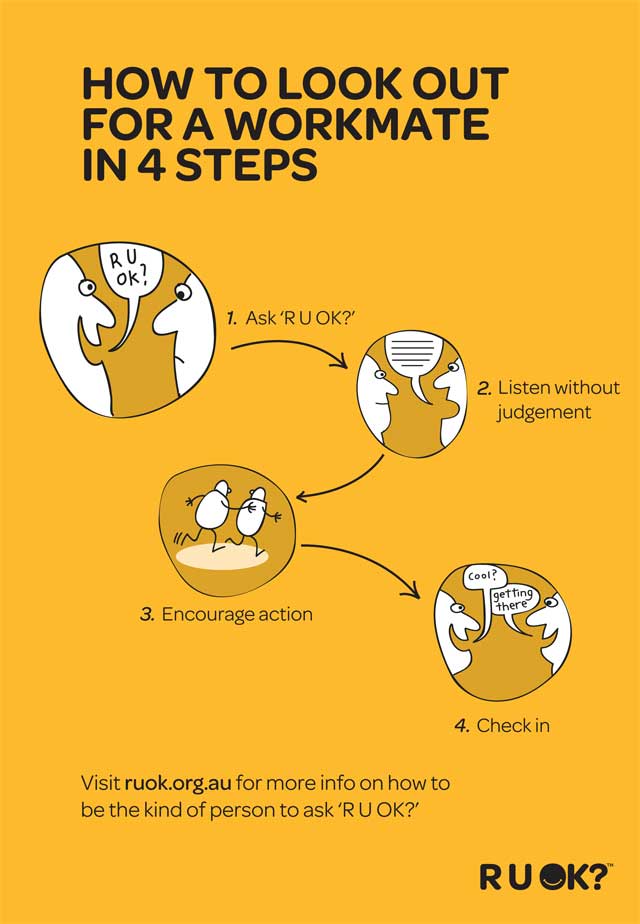 How do you start a conversation?

What to do if someone says they're not OK?

Help create a more connected world by having regular, meaningful conversations. You don't need to be an expert, simply say the words 'R U OK?'

R U OK? is a not-for-profit organisation that aims to create a world where everyone is connected and is protected from suicide. For more information please visit the R U OK? website ruok.org.au