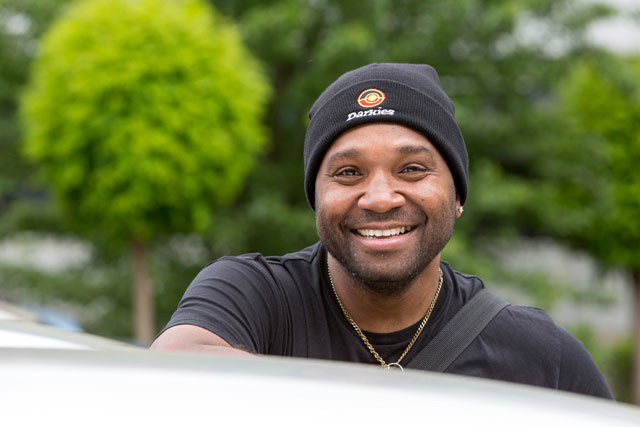 Twelve months after being named ACT NAIDOC Person of the Year, University of Canberra alumnus Dion Devow can add another accolade to his name as the 2018 ACT Australian of the Year.

After more than 20 years helping local Indigenous communities, University of Canberra alumnus Dion's has been recognised for the work behind his clothing label and business Darkies Design and for championing Aboriginal and Torres Strait Islander people to achieve their business dreams. Dion, who completed a Bachelor of Applied Science in Health Education in 1997, said he was proud his work for the community has been recognised at such a prestigious event.

“It’s a huge thing and it’s the highest honour for Aboriginal communities all across the country, so to be the ACT recipient of this award is massive,” he said.

Dion’s business Darkies Design, is an Indigenous clothing label that collaborates with Aboriginal and Torres Strait Islander artists and designers to produce contemporary Aboriginal themed apparel and print media. In 2014, his business was named ACT NAIDOC Indigenous Business of the Year. The win inspired him to then create the Canberra Business Yarning Circle alongside the Canberra Innovation Network to assist other Indigenous people to achieve business success.

“It was great because it gave a lot of people the confidence knowing that they can take that step and begin to become business people or entrepreneurs and that’s what I wanted to do.”

“I wanted to be able to wear fashionable clothes that expressed how proud I am of being an Indigenous Australian, but the ones that were out there weren’t my type of style,” he said.

“So I decided to come up with a few designs of my own and I came up with about ten and just got them printed on t-shirts and sold them to friends and family.  They were received really well and then I thought maybe this could be something that could take off.”

Starting with 20 designs he began selling the clothing online and while the business has expanded, Dion is glad he’s still able to give back to the community.

“There’s a whole range of things that have come out of it but I think having that link still being able to touch base with the community and helping them through business has been fantastic.”

Mr Devow also currently helping to establish an ACT Indigenous Chamber of Commerce to provide Indigenous business owners with a network relevant to their unique needs.