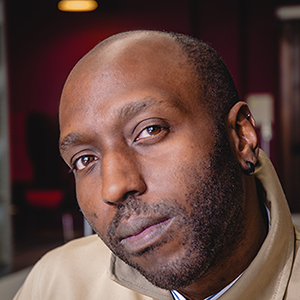 Kei Miller is a Jamaican poet, novelist and essayist. His most recent poetry collection, The Cartographer Tries To Map A Way To Zion, won the 2014 Forward Prize in the UK. His most recent novel, Augustown, won the Bocas Prize for Caribbean Literature, the Prix Carbet de la Caraïbe et du Tout-Monde, and the Prix Les Afriques. He holds and MA in Creative Writing and a PhD in English Literature and is Professor of English and Creative Writing at the University of Exeter. Kei has judged many prizes including the TS Eliot Prize, the Gordon Burn Prize and the National Poetry Competition in the UK. His forthcoming collection of poetry is In Nearby Bushes and a forthcoming collection of essays is ‘The Most Important Things.’ 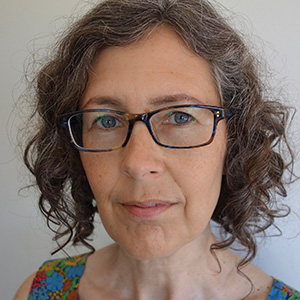 Tricia Dearborn is an award-winning poet whose work has been widely published in Australian literary journals, as well as in the UK, the US, Ireland, New Zealand and online. Her poetry is well-represented in significant anthologies including Contemporary Australian Poetry, Australian Poetry since 1788 and The Best Australian Poems. She is a peer assessor for the Australia Council for the Arts and has been an invited reader and panellist at many literary events, including the Queensland Poetry Festival 2018, the Quantum Words Festival of Science Writing 2018, Sydney Ideas 2018 and the Sydney Writers’ Festival 2012. She was a judge for the inaugural Quantum Words Science Poetry Competition in 2018. She is on the editorial board of Plumwood Mountain, an online journal of ecopoetry and ecopoetics, and was a guest poetry editor in 2016. She has received a number of grants from the Australia Council, and has been awarded two residencies at Varuna, the Writers’ House, including a Residential Fellowship in 2017. Dearborn’s previous collections are The Ringing World and Frankenstein’s Bathtub. Her third poetry collection, Autobiochemistry, is forthcoming from UWA Publishing in 2019.

Paul Munden is a poet, editor and screenwriter living in North Yorkshire. He is an Adjunct Associate Professor at the University of Canberra and a Royal Literary Fund Fellow at the University of Leeds. For the British Council he has covered a number of scientific and humanitarian themes as conference poet and edited the anthology, Feeling the Pressure: Poetry and science of climate change (British Council, 2008). The inaugural director of Poetry on the Move, he has published five collections, most recently Chromatic (UWA Publishing, 2017).

In 2019 the prize will be judged by a panel of three judges.

Once the deadline for entries has passed, de-identified entries will be distributed to the judging panel by the University of Canberra. The judges will choose a maximum of 60 poems that will constitute the Prize Longlist, from which they will select a shortlist of 6 poems, the runner-up and the winning poem.

No correspondence will be entered into about the submission or judging processes for the Prize, or any other aspect of the Prize, including its judges or its administration, except for correspondence initiated by Prize Administrators. Unsolicited correspondence about such matters will not be acknowledged.

Wendy Cope is one of the UK's most popular poets. Her poetry collections include Making Cocoa for Kingsley Amis (1986), Serious Concerns (1992) and If I Don't Know (2001), which was shortlisted for the Whitbread Poetry Award. Two Cures for Love (2008) is a selection of previous poems with notes, together with new poems. Her latest collection is Family Values (2011). She has also written poetry for children and edited a number of comic verse anthologies. She has been television critic for The Spectator, and was a judge of the 2007 Man Booker Prize. She is a Fellow of the Royal Society of Literature and was awarded an OBE in 2010.

Moira Egan’s seventh collection, Synæsthesium, won The New Criterion Poetry Prize and will be published by Criterion Books, New York, in Autumn 2017. With her husband, Damiano Abeni, she has published volumes in translation in Italy by authors including Ashbery, Barth, Bender, Ferlinghetti, Hecht, Simic, Strand, and Charles Wright. She lives in Rome.

Oz Hardwick is a writer, photographer, music journalist, and occasional musician based in York (UK). He has published six poetry collections, most recently The House of Ghosts and Mirrors (Valley Press, 2017). Under the pseudonym of Paul Hardwick, he is Professor of English at Leeds Trinity University. www.ozhardwick.co.uk

Eileen Chong is a Singapore-born Sydney poet. Her books are Burning Rice (2012), Peony (2014), and Painting Red Orchids (2016) from Pitt Street Poetry. Another Language (2017) was published in the Braziller Series of Australian Poets in New York, USA. www.eileenchong.com.au

Billy Collins is the author of eleven collections of poetry, including Aimless Love, Horoscopes for the Dead, Ballistics, The Trouble with Poetry, Nine Horses, Sailing Alone Around the Room, Questions About Angels, The Art of Drowning, and Picnic, Lightning. He is also the editor of Poetry 180: A Turning Back to Poetry, 180 More: Extraordinary Poems for Every Day, and Bright Wings: An Illustrated Anthology of Poems About Birds. A Distinguished Professor of English at Lehman College of the City University of New York, and Senior Distinguished Fellow at the Winter Park Institute of Rollins College, he was Poet Laureate of the United States from 2001 to 2003 and New York State Poet from 2004 to 2006. In 2016 he was inducted into the American Academy of Arts and Letters.

Elizabeth Campbell was born in Melbourne in 1980. She has been the recipient of many prizes including the Vincent Buckley Prize, the Marten Bequest Travelling Scholarship and an Australia Council residency in Rome. Her books, Letters To The Tremulous Hand and Error are published by John Leonard Press.

Sudesh Mishra's fifth volume of poetry, The Lives of Coat Hangers, came out with Otago UP in 2016. He is Professor of English at University of the South Pacific.

Simon Armitage lives in West Yorkshire and is Professor of Poetry at the University of Sheffield. He has published over a dozen collections of poetry including Paper Aeroplane - Selected Poems 1989 to 2014 and his acclaimed translation of Sir Gawain and the Green Knight. His three best-selling non-fiction titles are All Points North, Walking Home and Walking Away.  Armitage writes extensively for radio and television, and his most recent play was The Last Days of Troy, performed at Shakespeare's Globe in London. In 2015 he was appointed Professor of Poetry at Oxford University.

Merlinda Bobis, a Filipino-Australian, is the author of three novels, five poetry books, seven dramatic works (stage and radio), a collection of short stories and a monograph on writing and researching fiction. Her literary works have received various awards, among them the Prix Italia, the Steele Rudd Award for the Best Published Collection of Australian Short Stories, the Philippine National Book Award, the Philippine Balagtas Award, the Australian Writers' Guild Award, the Ian Reed Radio Drama Prize, and were shortlisted for the Australian Literature Society Gold Medal and The Age Poetry Book Award.

Michelle Cahill is the author of The Accidental Cage, Vishvarūpa and Night Birds. She has received prizes in poetry and in fiction. She was a fellow at Kingston University, London. In 2016 she is a Visiting Scholar in Creative Writing at the University of North Carolina, Charlotte. She co-edited Contemporary Asian Australian Poets with Kim Cheng Boey and Adam Aitken, and she edits Mascara Literary Review. She has written essays on poetics, race and cultural diversity for Southerly, Westerly, and the Sydney Review of Books.

Jack Ross works as a Senior Lecturer in Creative Writing at Massey University's Auckland Campus. His latest book A Clearer View of the Hinterland: Poems and Sequences 1981-2014, appeared in 2014 from HeadworX (Wellington). His other publications include four full-length poetry collections, three novels, and three volumes of short fiction. He has also edited a number of books and literary magazines, including (from 2014) Poetry New Zealand. Details of these and other publications are available on his blog The Imaginary Museum http://mairangibay.blogspot.com/.

Elizabeth Smither was the 2001-2003 Te Mata Poet Laureate. In 2004 she was awarded an honorary DLitt from the University of Auckland for her contribution to literature and made a member of the  New Zealand Order of Merit. She received the Prime Minister's Award for Literary Achievement in Poetry in 2008. 'In Smither's poems, the simplest details can be trapdoors to eternity – to "take in life" can be a promise or a threat' – Hugh Roberts, University of California Irvine.

Subhash Jaireth was born in India. He spent nine years in Moscow and moved to Canberra in 1986. He has published poetry, fiction and nonfiction in Hindi, Russian and English. He has published three collections of poetry: Yashodhara: Six Seasons Without You (2003), Unfinished Poems for Your Violin (1996), and Golee Lagne Se Pahle (1994, in Hindi).  His book To Silence: Three Autobiographies was published in 2011. Two plays adapted from the book were performed at Canberra's Street Theatre in 2012. His novel After Love was released in October 2012.

Judy Johnson has published four poetry collections and a verse novel. Her poetry has won the Victorian Premier's Award, the Wesley Michel Wright Prize twice and been shortlisted in the West Australian Premier's award.  Individual poems have won major prizes including the Josephine Ulrick and Val Vallis poetry prizes. She has been a judge of the Newcastle Poetry Prize and the Kenneth Slessor NSW Premier's award

Alvin Pang is a poet, writer, editor and anthologist who has featured in major festivals and publications in Asia, Australia, Europe and America. His writing has been translated into over fifteen languages. A Board Member of the International Poetry Studies Institute and a 2002 Fellow of the Iowa International Writing Program, he also directs The Literary Centre (Singapore), a non-profit inter-cultural initiative.  Named Singapore's Young Artist of the Year for Literature in 2005, he received the Singapore Youth Award for Arts and Culture in 2007.  His recent publications include the Tumasik: Contemporary Writing from Singapore,  Over there: poems from Singapore and Australia (co-edited with John Kinsella) and  When The Barbarians Arrive.

Philip Gross is a writer of poetry, fiction for young people, libretti, radio stories and plays. Since Changes of Address: poems 1980-98 he has published eight more collections, including The Water Table which won the T.S.Eliot Prize 2009. I Spy Pinhole Eye, with photographs by Simon Denison, was the English-language winner of Wales Book Of The Year 2010. Deep Field dealt with his father's aphasia, an investigation into voice and language extended by a new collection, Later, in 2013.  His children's poetry includes Off Road To Everywhere, winner of the CLPE poetry award 2011. Since 2004 has been Professor of Creative Writing at the University of South Wales, where he leads the MPhil/PhD in Writing programme. As well as being the international judge for this award, he will judge the 2014 Hippocrates Prize for Poetry and Medicine. He lives in Penarth, South Wales, UK. www.philipgross.co.uk

Australian poet Brook Emery is the author of a number of poetry collections, including and dug my fingers in the sand (2000), Misplaced Heart (2003), Uncommon Light (2007) and Collusion (2012) He has won the Newcastle Poetry Prize (1999), the Arts Queensland Judith Wright Calanthe Award (2001), and the Bruce Dawe National Poetry Prize (2002). 'He has been shortlisted for the Western Australian Premier's Prize and shortlisted three times for the NSW Premier's Prize for Poetry.

Jennifer Harrison works as a child psychiatrist, and also manages The Dax Poetry Collection at The Dax Centre, the University of Melbourne. Author of seven collections of poetry, she is also winner of a number of awards, including the 2003 NSW Women Writers National Poetry Prize, the 2004 Martha Richardson Poetry Medal and the 2012 Christopher Brennan Award for Excellence in Poetry.